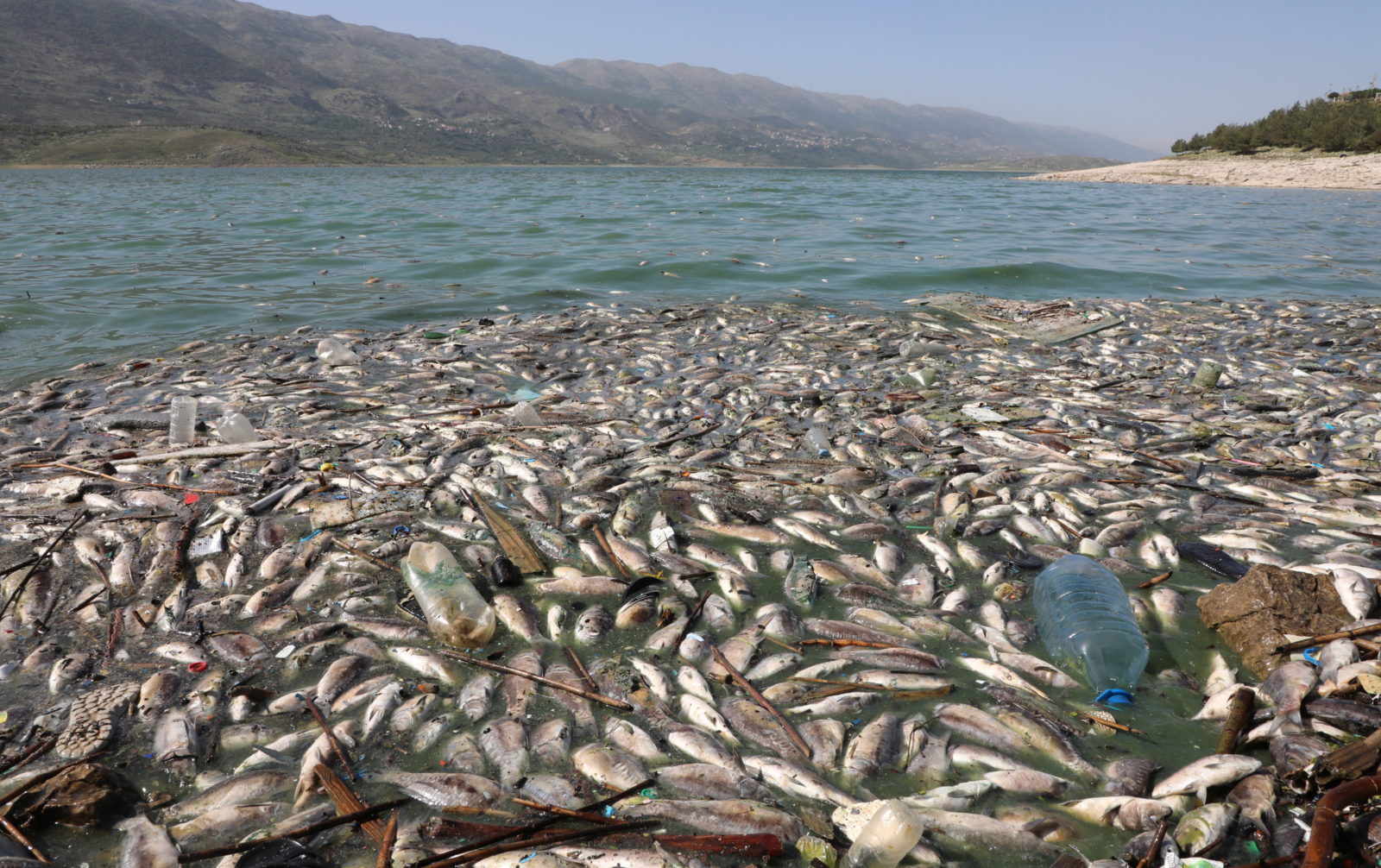 Around 40 Tonnes Of Dead Fish Wash Up on Shore Of Polluted Lake In Lebanon.

Tons of dead fish have washed up on the shores of a lake in Lebanon’s Litani River, engulfing a nearby village with a pungent smell, in a disaster attributed to polluted waters.

Volunteers collected decaying fish carcasses near Lake Qaraoun on Lebanon’s longest river, the Litani, where activists have warned for years of water pollution caused by sewage and waste.

Piles of garbage floated in the lake near the dead fish. Swarms of flies spread near the reservoir and thousands of fish decomposed in already dirty waters.

“This phenomenon appeared on the shore of the lake several days ago,” said Ahmad Askar, a local activist. “The fish began to float, and in abnormal quantities … It is unacceptable.”

At least 40 tonnes have been found dead in a few days, figures that Askar and the Qaraoun fishermen described as unprecedented. They called on the Litani river authority to find the cause and go after anyone who dumps sewage into the lake.

The river authority said this week that the fish were toxic and carried a virus, urging people to avoid fishing along the Litani due to “an aggravated disaster that threatens public health.”

The pollution led to a ban on fishing in the reservoir since 2018, which was created in 1959 with a large dam to collect water for hydroelectric power and irrigation.

Last month, volunteers removed lumps of sticky tar from some beaches along the Lebanese coast after an oil spill that environmentalists warned would harm marine life.

Ecological disasters are the last thing Lebanon needs, as it suffers an alarming financial collapse and the aftermath of a major explosion that devastated the port of Beirut last August.

(Except for the headline, this story has not been edited by NewsGater staff and is posted from a syndicated feed.)