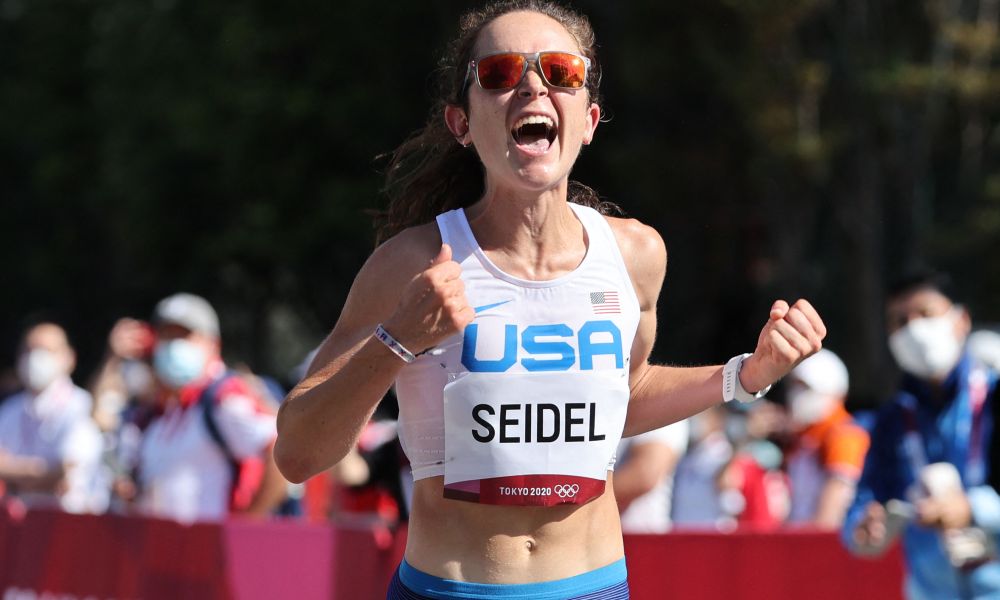 Molly Seidel wins the bronze medal in Tokyo Olympic marathon: She is the third American woman to win a medal in marathon.

After an impressive performance to qualify for Team USA, Seidel ran another brave race on Saturday. She wins bronze medal at the Olympic marathon in Sapporo, Japan.

However, it was only the third marathon that Seidel, 27, has run. At the same time, she records her name as the third woman to win a medal in a marathon.

Seidel crossed the finish line third in 2:27:46 on a muggy morning in Sapporo, where the officials brought the race start time up an hour to avoid the heat. Kenyans Peres Jepchirchir and Brigid Kosgei finished first and second, respectively.

Seidel, who splits her time between Boston and Flagstaff, Arizona, becomes the third American woman to win a medal in the women’s marathon. Joan Benoit won gold at the event in 1984, and Deena Kastor took bronze in 2004.

“Getting here was already a dream come true,” Seidel told NBC after the race. “And to be able to go out today against a field like this and to be able to come out with a medal, with a bronze for the United States, I am in a state of shock. I am incredulous at this moment.”

However, it’s an incredible achievement for a four-time NCAA cross-country champion on the track, for whom the marathon is still a relatively unknown distance.

“She has an experience that, frankly, she doesn’t have,” NBC analyst Kara Goucher said during Saturday’s broadcast.

Besides, Aliphine Tuliamuk, who won the Olympic trials, dropped out of the race midway. Her American partner Sally Kipyego finished 17th. Her team mentioned an injury in a social media post.

A Wisconsin native who ran collegiate at Notre Dame, Seidel grew up running 5k and 10k races before trying out the marathon.

She qualified for the US Olympic Trials in Atlanta with a half-marathon time starting in December 2019, then finished an astonishing second in testing in her marathon debut.

Therefore, Seidel continued training when the Olympics were postponed for a year due to the COVID-19 pandemic. She finished sixth in the London Marathon, which was held for the elites in October alone.