Suspect Arrested in Relation to Murder of Cleveland Mayor’s Grandson 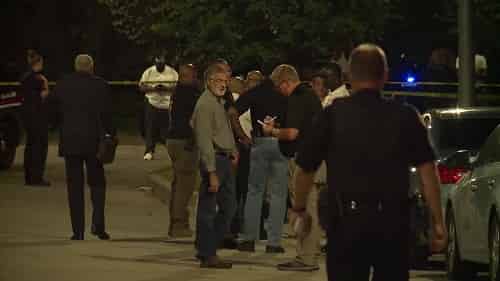 Suspect Arrested in Relation to Murder of Cleveland Mayor’s Grandson.

CLEVELAND – An arrest warrant has been issued for an individual in connection with the murder of Frank Q. Jackson, grandson of Cleveland Mayor Frank Jackson.

FOX 8 Team I obtained a copy of the court order filed in Cleveland Municipal Court. It says the suspect “directed” Frank Q. Jackson to the place where he was shot and killed.

The warrant is for an aggravated murder charge but does not describe who pulled the trigger to carry out the murder.

Photos: East Cleveland Police Still Looking For Fatal KO Suspect At Gas Station The suspect has been arrested and is expected to be formally charged soon.

The murder occurred on September 19 on the east side of Cleveland.

Frank Q. Jackson faced various charges over the years. In July, he pleaded not guilty to a formal charge for serious assault and non-compliance by the police.

Shontel Brown ceremonially assumed office in front of the electors