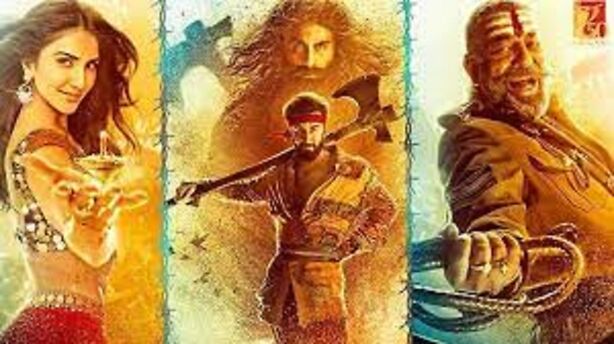 Shamshera box office prediction: One of the most eagerly awaited films of the year is Shamshera. Ranbir Kapoor and Vaani Kapoor play critical roles in the Yash Raj Films production, and RK squares off against Sanjay Dutt.

Ranbir makes his long-awaited return to the big screen with this movie. Although Ranbir has already shown that he can dominate the box office with hits like Sanju and Ae Dil Hai Mushkil. His return coincides with a pivotal time for the business.

The Hindi film business has had difficulty deciphering the box office formula. So we questioned industry professionals about whether Shamshera can break the box office code since so few movies have been able to dominate the box office.

However, he observed that word-of-mouth is a significant factor in Shamshera’s box office performance.

“Booking is mainly for the movie, and Ranbir Kapoor is a prominent celebrity with a sizable fan base. He is returning after a four-year absence.

Everyone is aware of how drastically the post-pandemic box office landscape has shifted. So, I have a good feeling that the movie will get off to a good start at the box office.

It will have a broad distribution, and YRF. A prestigious production company in the nation, is also releasing the movie in several other languages, “he observes

In the years before the epidemic, he said, the movie had a chance to succeed, but now that the box office landscape has shifted, things are uncertain.

“The movie would have done much better before the pandemic since it was approved at the time, but as we all know, audiences have changed, and the box office is brutal right now for movies.

I estimate that the movie would need to make between Rs 12 and Rs 15 crores to get off the ground, and from there, it might grow dependent on word-of-mouth throughout the weekend, “Adds Johar.

Atul Mohan, a trade analyst, also notes that the movie lacks the enthusiasm. That such a significant banner often had before the epidemic. “The anticipation is absent. The film’s vibe has been inconsistent so far, “He claims.

“It depends on how many walk-ins there are on Friday. The first show’s ticket costs have been significantly reduced, which is positive “He says.

“The revenues might increase after the evening if the movie receives favorable reviews and audiences like it. However, the film will probably start between Rs. 8 and Rs. 10 crores, for the time being.

The collections may rise if the performances are successful and people start showing up, “explains Atul. It used to be simpler to foresee, but today it’s a bit more challenging to comprehend what the public wants, “He says.

The release day for Shamshera is July 22. There is no rivalry between the movie at the box office.