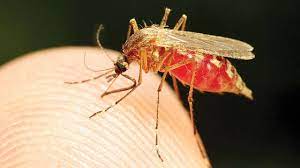 This year, 40 cases of dengue have been reported in the national capital, according to a civic report published Monday.

This figure for the period from January 1 to July 17 is the highest since 2019 when the count stood at 32.

Only four cases have been reported in July, according to the report.

Vector-borne disease cases are generally reported between July and November, but the period can extend into mid-December.

The SDMC, Delhi’s nodal agency for vector-borne disease control, in a statement issued last week, had said 1,441 construction sites had been inspected as part of an ongoing campaign, and mosquitoes had been reported to breed in 334 of them.

The public health department took action against the owners and contractors of these sites by issuing 160 legal notices and 175 challans, it said.

However, so far no dengue deaths have been reported in the city, he said.

According to the civic report released Monday, 17 cases of malaria and 10 cases of chikungunya have also been reported as of July 17 this year.

Malaria, dengue fever, and chikungunya are accompanied by a high fever, and therefore doctors feel that people may suspect that they have contracted COVID-19.

(This story has not been edited by NewsGater staff and is automatically generated from a syndicated feed.)