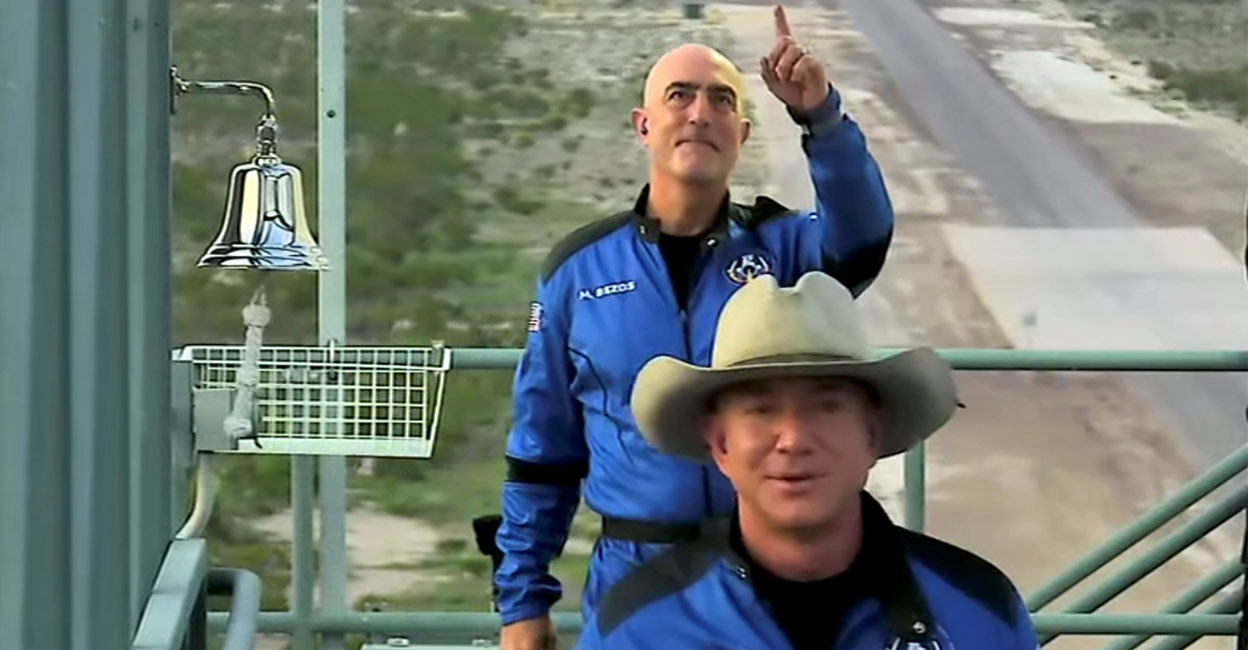 Jeff Bezos returned to Earth safely after 11 minutes of space travel. And with that, the enthusiasm was at its peak. Finally, the new model is the new spacecraft ‘New Shepard‘. Jeff Bezos, 56, one of the world’s richest men, returned safely to Earth after completing a short spaceflight with three other companions.

However, this journey of just a few minutes is going to be very important in the field of space tourism. Bezos’ Blue Origin company created this spacecraft.

For the last few days, this space mission has been the subject of the practice of space lovers. ‘New Shepherd’ crossed the ‘Carmen Line’. That is the part that separates the Earth’s atmosphere from space.

Meanwhile, Bezos’s mission was to reach that border proved how his company’s spacecraft was ready to cross the Earth’s boundaries. The total journey time of the day was 10 minutes 20 seconds.

Jeff Bezos founded Blue Origin in 2000. Even then, he did not become a millionaire like today. Six years ago, he started an online bookstore in his garage called Amazon.com, which is now worth more than 200 billion.

The second member of this journey is Mark Bezos, brother of Jeff Bezos. In addition to his identity, he runs the Bezos Family Foundation and works as a volunteer firefighter.

The third passenger was 72 years old Wally Funk. She was now the world’s oldest astronaut when 16-year-old Oliver became the youngest astronaut.

The astronauts felt weightless after New Shepherd crossed the Earth’s boundary and touched the Carmen Line. They face a completely new experience.

Shamikhttps://www.newsgater.com
A Blogger, Author, and a speaker! Shamik Halder is recognized as a journalist in a newspaper and Admin of NewsGater.com. He loves to write about Today news, Breaking news, Entertainment, etc. Contact: Email: [email protected]