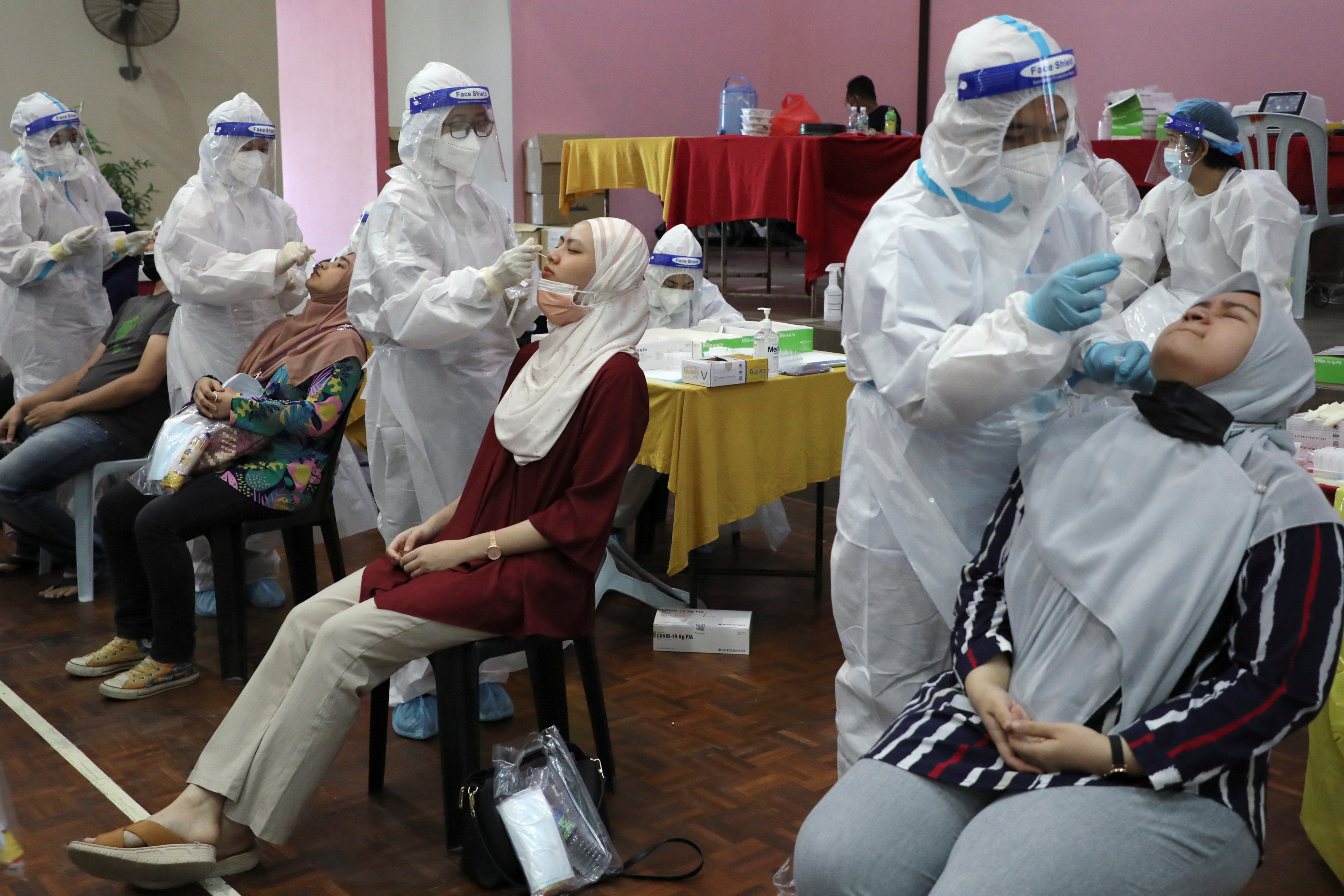 Also, read 54% of people in Singapore have received 2 doses of Covid-19 mRNA vaccine.

The northern state of Kedah set its record after registering 1,216 cases. Penang also set a new record of 573 cases.

Malaysia’s Covid-19 numbers have continued to rise, despite entering the third month of movement restrictions that began in May.

Earlier on Friday, the eastern state of Kelantan detected its first case of the Delta variant, involving a woman in Pasir Puteh, The Star reported.

The state’s Housing and Health Committee chairman, Izani Husin, said the woman had been infected with Covid-19 before.

“I hope that this variant of the Delta infection is already present in the community, and this is very concerning,” he said at a news conference on Sunday.

New infections continued to outpace daily recoveries, which stood at 9,683 on Sunday.

Meanwhile, the total number of active cases rose to more than 160,000, which continues to pressure the country’s health system.

Almost 1,000 people are in intensive care units, and more than half of them require respiratory assistance.

Yet the country saw its daily death toll drop to 92 on Sunday, after consistently recording more than 100 deaths a day for much of the past week. Almost 8,000 people have died so far from the pandemic.

On Sunday, a group of lawmakers and opposition activists led by lawyer Ambiga Sreenevasan filed a police report alleging that the government had been negligent in handling the Covid-19 crisis.

The group called for the government to be more accountable, saying that Health Minister Adham Baba and the ministries involved in the country’s response to the pandemic must take the issue seriously.

Meanwhile, the country’s vaccination rate has accelerated, and nearly half of its eligible adult population has received at least one dose of vaccine as of Saturday.

About 23 percent of the adult population has been fully vaccinated.

The country administered 417,738 doses on Saturday and has consistently inoculated 400,000 people a day in recent days.

Malaysia is expected to fully vaccinate all eligible adults in the Klang Valley by the end of next month. He hopes to inoculate the rest of the country in late October as more vaccines arrive in the coming months.

Shamikhttps://www.newsgater.com
A Blogger, Author, and a speaker! Shamik Halder is recognized as a journalist in a newspaper and Admin of NewsGater.com. He loves to write about Today news, Breaking news, Entertainment, etc. Contact: Email: [email protected]