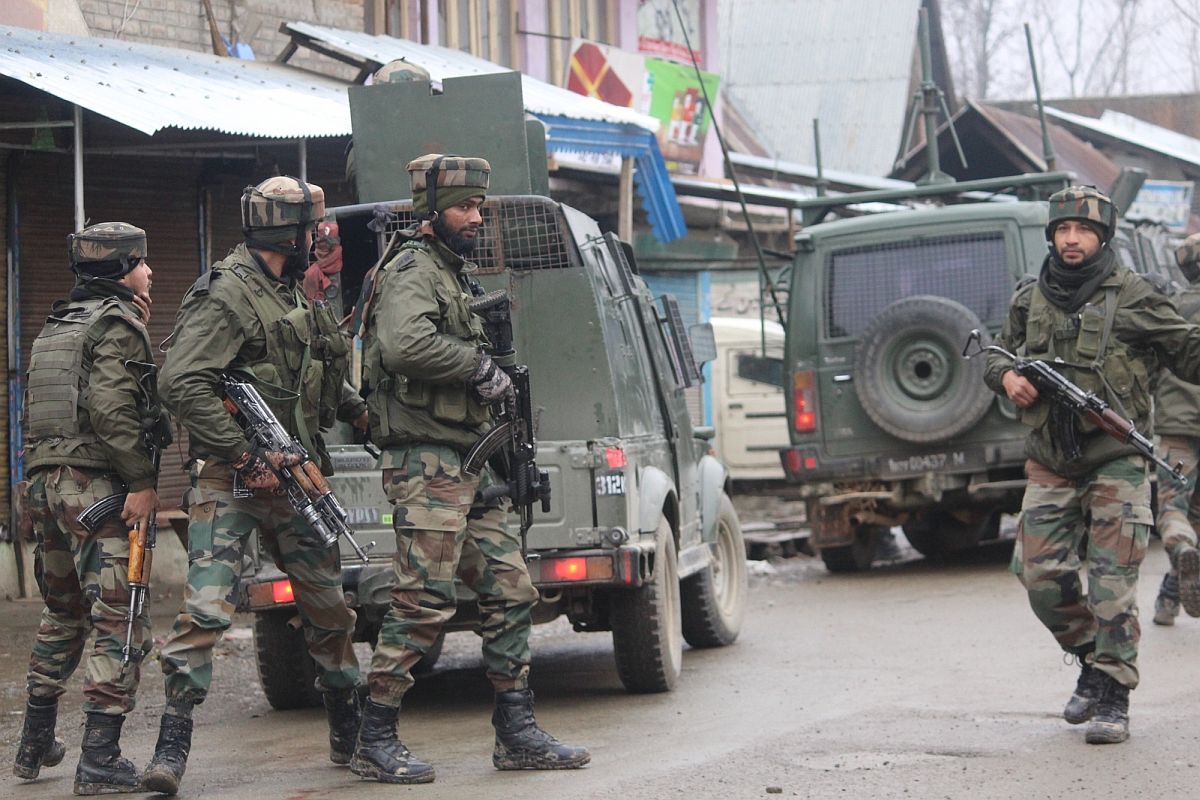 TWO ARMY personnel, including a Commissioned Warrant Officer (JCO), were killed and six militants were killed in separate shootings in Rajouri of Jammu and Pulwama and Kulgam of Kashmir, authorities said.

Meanwhile, a shutdown was observed in parts of the Valley on Thursday to mark the fifth year since militant commander Burhan Wani was assassinated by security forces.

In Rajouri, sources said The Indian Express that Naib Subedar Sreejith M and Sepoy Maruprolu Jaswanth Reddy were killed in a shootout in the village of Daddal, in the Sunderbani sector, during an operation by the security forces to thwart an infiltration attempt.

Two “foreign terrorists” from Pakistan were shot dead in the incident, while another soldier was wounded, authorities said.

Four other militants were killed in successive encounters after a search operation in Kashmir, authorities said.

According to sources, the encounter in Rajouri took place after security forces encountered a group of militants who had recently infiltrated from across the border. The Army had been involved in extensive search operations in the area since June 29.

Army spokesman Lt. Col. Devender Anand said that following information received on Wednesday about the presence of militants, a “search and destroy” patrol was launched seeking “a proactive engagement with terrorists” in the forest area of Dadal.

“The terrorists, when challenged, opened fire and threw hand grenades. The troops retaliated, sparking a fierce encounter in which two foreign terrorists from Pakistan were killed, ”he said.

Two AK-47 rifles and ammunition were recovered, and a search operation is underway throughout the area, authorities said.

In Pulwama, officials said that on Wednesday night, a joint team of J&K Police, Army, and CRPF launched a “cordon and search” operation in the village of Puchal after receiving information about the presence of militants. . The militants tried to break the cordon by throwing grenades and opening fire, causing a shootout in which two of them were killed, they said.

Police identified the killed militants as Kifayat Ramzan and Inayat Ahamd Dar, both residents of the Pulwama district, and said they were affiliated with the Al Badr group.

A few hours later, authorities said, another shooting took place in Kulgam, where a joint team of police, army, and CRPF had established multiple checkpoints in the village of Qazigund in Zadora, based on input on the militant movement.

J&K police said in a statement that “when a suspicious vehicle was signaled to stop,” two militants “got out of the vehicle and began firing indiscriminately.” “However, the alert party retaliated effectively, leading to the elimination of two terrorists at the scene,” police said.

Police identified the two dead as Nasir Ahmad Pandith of Redwani Kulgam and Shahbaz Ahmad Shah of Katrusu Kulgam, and said they were associated with Lashkar-e-Toiba (LeT).

Meanwhile, several shops and commercial establishments in Srinagar city and other cities in the Valley were closed, with fewer vehicles on the road, following a shutdown call allegedly issued by the Pakistan-based representative of separatist leader Syed Ali Shah Geelani.