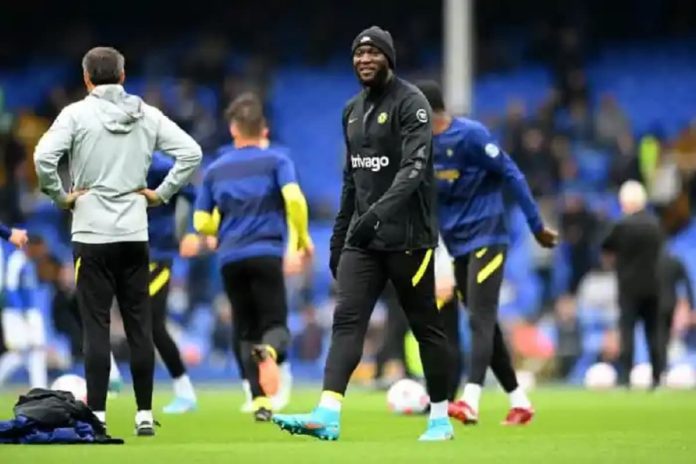 Inter’s social media accounts tweeted a video of Lukaku stating, “we’re back, baby,” while on the club’s roof.

The 29-year-old will spearhead Inter’s assault as they try to win Serie A after accepting a salary reduction of 8.5 million euros.

Italian media believe Inter and Chelsea have a gentleman’s agreement to prolong the loan for another season if the deal works. His lawyer Sebastien Ledure warned Wednesday that “anything may happen” between now and the conclusion of next season.

“Inter gave me a lot, and I aspire to achieve better now. When I moved for England, I didn’t leave up my house, which says something.”

READ MORE: Neymar is considering a move away from PSG: Report

Lukaku told reporters at Milan’s Linate airport he was “really glad” to be back.

Fans stopped his vehicle on his route to afternoon medical exams, yelling, “win us the Scudetto.”

Lukaku departed London after failing to make a second impression at Chelsea after a £97.5 million deal from Inter.

In two years with Inter, he scored 64 goals in 95 games, leading them to their first Serie A championship in 11 years, breaking Juventus’ stronghold on Italian football.

Replacing Conte, Lukaku followed Conte out the door when then-European champions Chelsea paid a significant payment, which relieved Inter’s money troubles. A loan was the only way he could return.

In December, he enraged Chelsea supporters by saying he wanted to return to Inter in an interview with Sky Sport Italia.

Inter’s ultras said they didn’t want him back, thinking his transfer to Chelsea betrayed his vow to love the club.

They warned other supporters not to welcome Lukaku back since he was “only one of many,” but some who slept outdoors in the summer warmth disobeyed their directions.

Inter are still striving to reduce expenses, with Milan Skriniar due to be transferred this summer and an overcrowded and highly paid front line needing trimming.