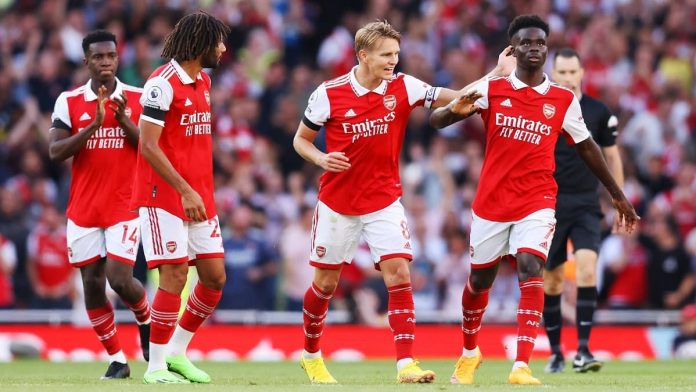 Arsenal defeated a lackluster Aston Villa team by a close margin to preserve their perfect record to remain atop the Premier League.

Given that Villa has lost four of their first five games, the outcome is expected to increase pressure on manager Steven Gerrard.

However, he may not have many complaints since his team had trouble keeping up with the hosts’ energy, especially in the opening quarter.

While Villa improved after the interval and scored from Douglas Luiz’s corner to tie the game, Arsenal goalkeeper Aaron Ramsdale protested that Boubacar Kamara had obstructed him, and the score remained level for fewer than three minutes.

Gabriel Martinelli turned in Bukayo Saka’s precise cross to give Mikel Arteta’s team, who posed the more significant danger throughout, the lead again.

Arsenal has won their first five league games for the first time since their second-place finish in the 2004–05 season.